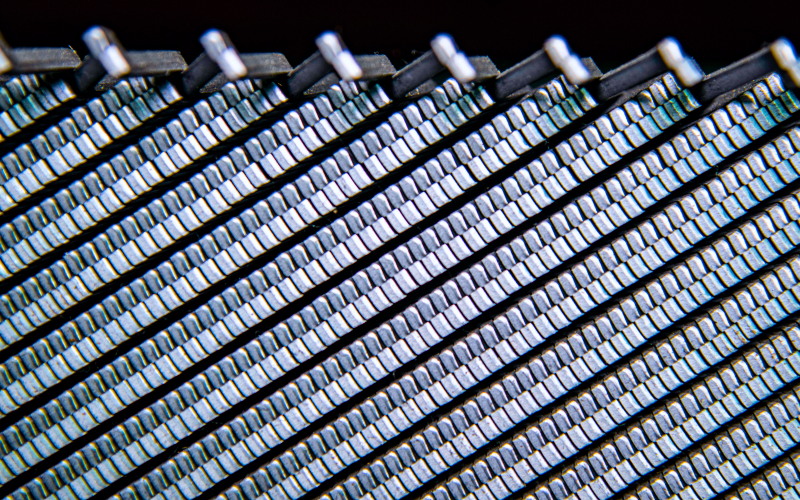 How expanded metal is produced

The metal is inserted on coils or in the form of plates into the rear of the machine.
Each machine is fitted with a special blade which defines the mesh width.
The machines are programmed with the necessary parameters and manually controlled by our qualified employees.
During the elongation process the raw metal sheet is reformed through systematic slitting and predefined stretching. The metal is either formed into rolls or cut to defined sizes.

Expanded metal mesh displays, as a result of the production process, a contortion which lends it structural characteristics.

When cutting the expanded metal mesh to shape, it is important to consider the particular specifications of the cut type (symmetrical with open or closed mesh).
The types of cut are differentiated as follows:

Width and length can be cut to shape as required irrespective of the mesh symmetry.

The expanded metal mesh sheets are considered to be planar if, when placed on a flat surface with the curvature facing upwards, the greatest distance between the sheet and the flat surface does not exceed 20mm (over a width of 1000mm). In the case of heat-resistant sheets a distance of 40mm is allowed.